Yesterday was a great day in Tucson from my point of view. What made it so great? Well, first it is the little things. I keep a pretty low bar, so it doesn’t take much. But the greatness came from the temperature being 74 degrees while driving my 2001 Miata home with the top down. This is my second convertible, if you have never owned one… well it is hard to explain. On my drive home, enjoying the wind in my hair and sun on my face I started thinking about my latest Web Browser. This is my latest switch over the past 25 years. 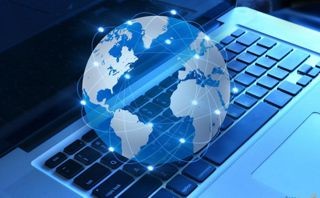 Before I was deep into the internet, I was active in a couple of different arenas. The original was Compuserve. Part of this drive was the file transfer and code sharing of LISP in AutoCAD. Compuserve was a little pricy, so then came America Online (AOL) and Prodigy. More reasonable, but not the same network for the AutoCAD community. Then in the early 90’s I started to get involved in a groupware called FirstClass. Smaller community that had a respect for each other and ideas, part of me misses caring side that the social network can be.

I mention the FirstClass group because I remember we all got together in person and the two founders of our group said “we are moving on from FirstClass and will be focusing our time and energy on the Internet.” This was early 1994 and I think we were all like “focus on what?” They pointed us in a direction and said you need to check out Mosaic. By the start of 1994, there were only about 2,500 websites. Within a year, 10 times as many with almost 25,000 and today, they is over 1.6 billion. But back to this bowser thing. It didn’t take long for the lead developer of Mosiac to start his own company and software. The company was Netscape Communication Corp and the flagship product was Netscape Navigator.

By 1996 Netscape had 86% of the browser market. And if you were surfing at that time, you were probably one of them using it. Internet Explorer was bundled with the Windows Plus about that same time and had 10%. Of course, the real reason any got Windows Plus was to play Space Cadet Pinball. But when Windows released Windows 98, they integrated into the Operating System and thus began the Browser war and anti-trust law suit.

By the year 2000, it was ruled in Netscape’s favor, just too little too late. Internet Explorer was king of the hill for the next decade. Out of the ashes of Netscape came Firefox and by 2006 Mozilla Firefox. Internet Explorer has become somewhat bloated and drifting away from the norms of browsing. With the release of Windows 10, Microsoft bundled Edge. Their attempt at a cross platform browser. It never quite caught on and as recent as 2019 Edge was rebuilt using Chromium. Chromium is an open source project developed by Google. Which noting Google, the search engine that could find stuff on the internet also wanted a browser.

Google Chrome version 1 was released in 2008. In the past 12 years, they have had almost 80 releases. While most of this focus on the Windows Platform, I made the switch back to Macintosh in 2011. Bundle with the Mac is Safari. Apple has taken a very different approach to web browsing by protecting your privacy. With the previous release they got really aggressive in that protection (by the default settings). Thus keeping me exploring alternatives. Circling back around, the former CEO of Mozilla created Brave. Another cross-platform browser that has a nice level of privacy and built-in ad-blocking. After a few rounds of testing, they also shift to a Chromium based engine. Keeping to the core value of the user’s privacy. Late in 2019, they officially launch version 1.0. The latest browser to emerge. There are quite a few I didn’t mention, most of these were the ones I have been exposed to directly. Below is a list of browser and the year they were introduced.

There have been and probably will be more browsers to come. The point of all this history? In today’s world the browser is our portal to the internet. It is also the portal to who we are and what we do. We use our browsers to interact with information on the internet and connect with others in the virtual world of social networking. At the end of the day hopefully you can use this little bit of history to stay safe in the virtual world. More importantly, stay safe in the real world!

…and now for something completely different.
The human skin has more life forms living on it, then there are humans on the planet.