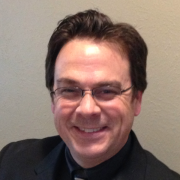 “At the November 17, 2009 CSI Board Meeting, the first virtual chapter was chartered, its name is CSINext. This is the brainchild of CSI Member Brent Williams. With social media storming through the internet like wildfire, CSINext is the next evolution of the CSI chapter.” This was a quote from the initial press release distributed to different sources. 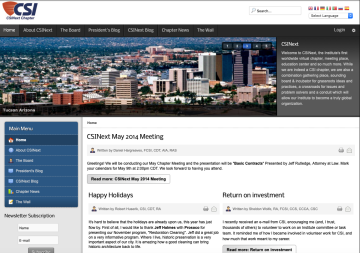 Reflecting back, I think the amazing thing is we hit the 10-year mark. While our charter date as a chapter is 10 years, the 6 months prior to that was a lot of hard work and no easy task. This all start with conversations the CSI Convention and on April 6, 2009 the domain CSINEXT.ORG was purchased. The site had a soft start mid-summer. It was originally based on WordPress, designed by shape5.com. Shortly after that, I received a call from Brent.

Brent knew that electronics/web expertise was needed for a social media to be successful. Joy Davis knew I was heavily involved in chapter and region websites. At the time I was managing Dallas, LA, Fort Worth, South Central Region and others I’m sure I have I don’t remember. Brent explained what CSINext would be, I drank the Kool-Aid and I joined in on the vision. 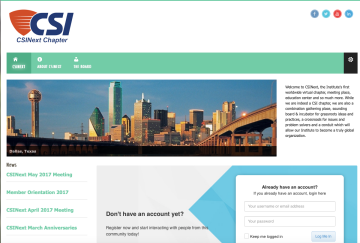 Keep in mind social media was just emerging. Facebook and MySpace both started in 2004. Facebook was only available to universities. It wasn’t until September 2006 that it was open to everyone. I do remember that at that time almost everyone had a MySpace, since it had a 2-year head start over FaceBook. Also, in 2006 was the release of Twitter, but it truly gained worldwide popularity in 2012 when it crossed 100million users. 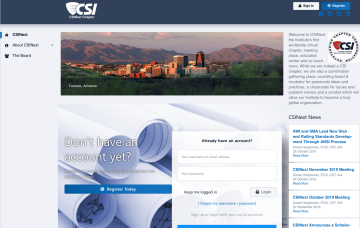 While process continued to get the virtual chapter chartered. Brent solicited a few articles and posted them as blogs. There was also a push for the first meeting. Running in parallel with creating a new foundation for the website was this first meeting. On September 30, 2009 the pre-chapter held its first meeting “CSI Leadership: Your Fiduciary Duty to Connect the Mission to Membership” presented by Bryan J. Varner, CSI, CCCA, LEED AP.

There was more to 2009 than just CSINext. I know, it is hard to believe. I sifted through all of the news for 2009 and there is a lot of news in one year. The amount of sport’s events was overwhelming. I ended up cherry picking the events that seemed significant, but there is so much more to 2009 share what you remember in the comments. These are some of those highlights which include:

In the list above, I skipped over November and I want to highlight those few events next:

There was a lot of energy at the start of CSINext. We had a full board, but limited resources. Enrollment as a chapter did not become open from Institute until March 2010. I was the loan member for the first 30 days, followed by Lane Beougher. By the end of 2010 we had 7 members. Despite the membership count, the board continued to find ways to engage our members and overall audience. Reaching out to CSI through social media was no easy task. Unfortunately, our First President Brent had to step down in January 2010. I was the only non-board (Electronics Chair) member attending the board meetings and the board moved to make me president. A position I held for 3 years, followed by Brent as my President-Elect. After that the real change happened when Robert Husrik stepped up as President and for the first time, we had a succession plan. Part of this was I made the call to the membership that I couldn’t keep coming back.

The website today is a hybrid of News, Blogs, Chapter events and live feed social media. But it wasn’t always that way. 5 years ago, we were a news-based web site. Starting in 2015, we launched our first social interface. Adding the user blogs, discussion groups and real time ‘wall’ postings. The dust has (for the most part) settle and CSINext evolution is at a slower pace. But we have learned that the key to CSINext is the members. It is also a tool to supplement the traditional local chapter and keep members connected across the country and the world.

Looking back, it is hard to believe it has been 10 years. There have been a lot of changes in my life. CSINext has evolved over the years, but our foundation has not changed. “CSINext is a virtual chapter formed by members of the Construction Specifications Institute to fully embrace the CSI of the future. We are working diligently to convey the Mission of CSI through new media, and to enable CSI members to communicate using the most technologically advanced media available.” Here is to the next 10 years, Cheers!

…and now for something completely different.
A man from Britain changed his name to Tim Pppppppppprice to make it harder for telemarketers to pronounce.

Daniel,
Fantastic overview on our 10 year anniversary!
CSINext is a good landing place for those who want to enhance their "CSI experience."
Thank you for your continued leadership and being the glue that holds the chapter together.

0 Cancel Reply onTuesday, 05 November 2019 14:19
Daniel, Fantastic overview on our 10 year anniversary! CSINext is a good landing place for those who want to enhance their "CSI experience." Thank you for your continued leadership and being the glue that holds the chapter together.
Cancel Update Comment